One of history’s well-known poet, Homer’s, lovely words which are stuck in my heart and head for quite some time now:

Yet, taught by time, my heart has learned to glow for other’s good, and melt at other’s woe.

Empathetic. To have an automatic reaction or response to others’ emotions is what makes one a human-being, in fact, a conscious, sensible individual. Although variations in responses do exist, universally, the code for a peaceful unity remains as one – Understanding.

Although Oscar Wilde did mention that the world is divided into two classes – those who believe the incredible and those who do the improbable, little did he then realize about the sub-division of both the classes, men and women.

Just for some evidential clarifications let’s go through some light about men and women from different religious perspective:

In Islam, the believers, men and women, are allies (awliya) of one another. They enjoin the ‘common good’ (al ma‘ruf) and forbid the bad (al munkar) – (9:71)

In Christianity, therefore a man shall leave his father and his mother and hold fast to his wife, and they shall become one flesh. – (Genesis: 2:24)

In Hinduism, God, the universe, all beings [male, female] and all else is essentially one thing.

Sadly today, men and women are in two different dimensions. I would never stand against the saying men are trash and of course, my choice does have its own valid reasons. However, that doesn’t mean women around the world are always expected to pick on every single man for every different, minor and major reasons. If it’s something to address about, yes go ahead, but if it’s fixable, communicate. At this point is where the key concept of understanding takes place – to have a fixed mindset and go on about “Men are trash” or, to have a growth mindset and believe “Not all men are trash”.  Again, I wouldn’t bring fathers, brothers and other close male-relatives as an example as we, women around the world do know not all male-relatives are to be given the same respect because even in that category, hostile men exist!

POV: One man’s mistake can never be reasoned for another man’s punishment.

Before most of you all sit down and think about this even further, here are a list of things as a woman myself, feel needs to be set right. Set right as in, as sensible, educated, independent women, we need to erase-off from our What makes a man A Man list:

Most of us know about how women are generally believed to have higher expectations from men but hate talking about what men expect in return. Something does not feel so right with that agreement, isn’t it? Well, Feminism is all about women’s equality, abolishing men’s superiority, yes, but that doesn’t mean never taking men’s feelings into consideration at all. Men, another category of human-beings have expectations too. Maybe we as women who are far more forward due to the immense educational systems and job opportunities available to help mold ourselves into senseful, mindful, purposeful remaining category of human-beings, should proper consider their feelings too.

If you expect him to be muscular, sportive, enthusiastic with a super-noticeable figure like Calvin Klein, it’s high-time to be as equally noticeable, maybe not exactly like Victoria, but close to Kim Betts and Diane Youdale. I promise you, it’s highly self-satisfying too!

There was a time when a tweet ‘Ladies, your man’s card gets declined unexpectedly. Will you pay for dinner?’ went viral and the number of women who actually quoted with ‘I’ll go halves with him, what’s mine is his too etc.” left me baffled because on God, I haven’t come across a woman, an independent woman who believes and actually goes halves with a man. It is always about “He’s a man, he needs to do it. He needs to spoil me, be my sole financial provider” – honey, he a man, not a savings account.

Not every woman is the same, I agree, and it’s totally acceptable to expect a little surprise now and then from our one and only significant other, but demanding from and completely putting every damn financial responsibility on a man is something I cannot fathom. Share a little, pool in, pamper him etcetera. Notice how interesting your life then becomes in terms of financial stability. Although the two mentioned above is something that seriously needs to be set right, there exists a lot more unrealistic, impractical assumptions and societal pressure about men which needs to be looked at. For instance, being successful in his 20’s with immeasurable financial stability and 3 houses all for himself. With the world rapidly developing, we need to realise things are only becoming expensive and not easily affordable. Hence, men and women need to work together, achieve together and reach the epitome of success together. There is no You or I, but us. And that’s the beauty of life, if understood and practiced right with flexible roles on both the genders, I firmly believe.

An anti-depressant with words and trying to communicate with the world for the same. I write what comes to my mind only to get better with time.
Posts by Fathima Nuskiya Nasar | Website

An anti-depressant with words and trying to communicate with the world for the same. I write what comes to my mind only to get better with time. 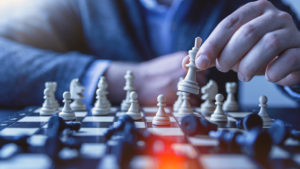