The Passengers by John Marrs is a futuristic, science fiction technothriller that is absolutely mesmerising.

Sometime in the near future, driverless cars are now mandated in Britain. The public has been reassured these cars are not only hacker proof but will save lives due to fewer accidents. Which is why Claire Arden,  Jude Harrison, Sofia Bradbury, Sam & Heidi Cole, Shabana Khartri and two random taxi passengers are terrified when their vehicles are hacked. Even more horrifying? The Hacker has reprogrammed their cars to take them to an unknown destination where, in two and a half hours, they are all going to die. Why have these particular people have been targeted? And is there any chance they will escape from this nightmare alive?

Meanwhile, five people are deciding who is at fault in driverless vehicle accidents.  Four members of the jury essentially rubberstamp all of the cases and place the blame on the victims.  But in this particular session, mental health nurse Libby Dixon is not a fan of the autonomous vehicles. She becomes a key figure in the unfolding drama when The Hacker puts the rest of his nefarious plan into motion.

With the fates of the Passengers seemingly in the hands of Libby and the jury, The Hacker adds another layer to his evil scheme. He brings in a social media maven who provides stats on how this deadly drama is playing out with people around the globe.  With the public weighing in on social media, Libby and the members of the jury are faced with the heartbreaking task of deciding which passengers will live and who will die.

The Passengers is a scintillating novel with an ingenious storyline and plenty of suspense. Each of the passengers are hiding juicy secrets that factor into whether they should live or die.  As the nail-biting two and a half hours hurtles to a nerve-wracking conclusion, which Passenger will be selected to survive? With stunning twists and clever turns, John Marrs brings this innovative thriller to an absolutely brilliant conclusion.  I eagerly devoured every riveting page of this positively chilling, tension-filled, and electrifying novel.  HIGHLY recommend!

I am an enthusiastic reader and I enjoy reading many different genres. I am a full-time book reviewer and I opened Book Reviews & More by Kathy in 2011. In my spare time, I enjoy crafting, traveling and photography.
Posts by Kathy Branfield | Website

I am an enthusiastic reader and I enjoy reading many different genres. I am a full-time book reviewer and I opened Book Reviews & More by Kathy in 2011. In my spare time, I enjoy crafting, traveling and photography. 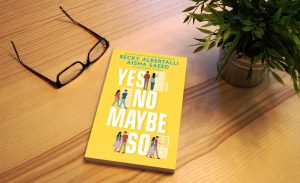 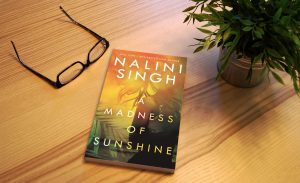 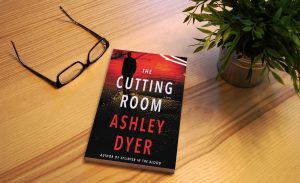