Tarek Gara is a 20-year-old writer and blogger, student of…

A Taste of Africa

On New Year’s Eve, a woman was literally trapped in a shopping center, surrounded by men grabbing at her, in the city of Mansoura, northern Egypt. The video was posted on social media and shared by rather a lot of people, becoming viral in the last week.

It is no doubt scary for any woman to be in a situation like the aforementioned. I will not get into the subject of blaming one side and justifying the other’s, rather I want to understand why this has become “acceptable” in the society?

Controversy surrounding sexual harassment in Egypt has been viral since the beginning of the 2000’s; however, it has taken a new path. Feminist groups argue that “we need better rules to protect women.”

As much as I agree with that, I don’t believe changing the rules will help. And we’re not talking about changing the governmental or judicial system because, well, it’s not up to us. However, what we could do to change this is talk about how it all started, and understanding the ill rapport between societal norms and the rape culture.

This instance, by the way, is not the only recent one. In October, for example, a teenage boy was stabbed to death for trying to defend against predators harassing a girl on the streets. If this was perceived implausible in the past, it now is happening – and the system has done little to help.

The majority of Egyptian women do not feel safe or secure on the streets, and those who encounter sexual harassment during their lives do not file charges against their harassers for fear of stigma and shame.

This case in the city of Mansoura has stirred opinions from all over the world. The woman, wearing short pants, high heels, and a fur coat, sought asylum in one of the shops, whose entrance was crowded with screaming and laughing men. When she finally stepped outside in an attempt to escape their protruding hands and glances, they closed in on her. As shown in the video filmed by a bystander, she is helped by a few men escape to a vehicle that was parked outside. It is said that her clothes were torn by the men’s hands before she got into the car.

In what felt like a surreal situation, social media blew up with accusations of the woman for dressing improperly, with suggestions that she “deserved being harassed.” This is not but one of the main problems in the rape culture that has been nurtured in the society. The ludicrous notion that the woman should cover herself up lest she gets harassed is in itself imprecise if it is coming from an Islamic viewpoint. The inappropriate attire does not give anyone the right to harass the woman.

Harassing women who dress inappropriately will not make them wear hijabs.

It is true – you do not fight wrong with wrong. This is true because several instances of sexual harassment had occurred to women who were dressed according to Islamic principles. This proves that the problem does not lie solely in one side of the equation. The problem is two-sided, whose fulcrum, in my opinion, depends on changing the entitlement of men.

In July 2014, mass sexual harassment occurred in the festivities subsequent to Sisi’s victory in the elections.

Numerous cases have occurred where women are not only sexually harassed, but also filmed by their harassers, to the point where it is not normal anymore to hear of an instance of harassment without video proof.

According to surveys, in 2019, 6.6% of Egyptian women have been harassed on public transportation, and 9.6% on the streets. In the Arab states in general, violence against women has increased since the Arab Spring movement in 2011. According to the UN, 14% of Arab girls are married before the age of 18.

These numbers are concerning. But what’s more than that, is the judicial systems that show leniency to the rapists/sexual harassers. In Morocco, for instance, article 475 of the penal code allowed the rapist to marry their victim in order to avoid prosecution. Fortunately, it was repealed in 2014 following the suicide of a rape victim who was forced to marry her rapist. In Egypt, a similar law was abolished in 1999.

During the protests in Egypt (2013), it is estimated that 169 women were raped in just the four-day period of the events.

“American woman who attended the Riyadh Middle Beast events in Saudi Arabia says she witnessed sexual harassment to her and other women dressed in Islamic robes.” (RASSD December 2019)

The numbers do not seem to be coming down for a while. On the contrary, it has been going up. While various national and international groups are trying to tackle this phenomena, which has been widespread for well over two decades to a point where it has become normal.

The problem is that men feel free to harass women in public, and women are afraid to report these crimes. This leads to a vicious cycle where men have no legal or penal restraints, and women are silenced into accepting reality, lest they are stigmatized. Add to that the fact that the society does not try to put a stop to this phenomena – men walking down the street and suddenly witnessing a live sexual harassment by a group of young teenagers will not do anything to stop it. These, too, are a problem.

A 2017 survey by two groups that promote gender equality, Promundo and @UN_Women, found that sexual harassment is rampant on Egyptian streets, particularly in urban areas. https://t.co/mKb6gRMSzg via @nytimes

Although sexual harassment is often evident on the streets in public, the acts of sexual assault or harassment also shine in workplaces around the world. 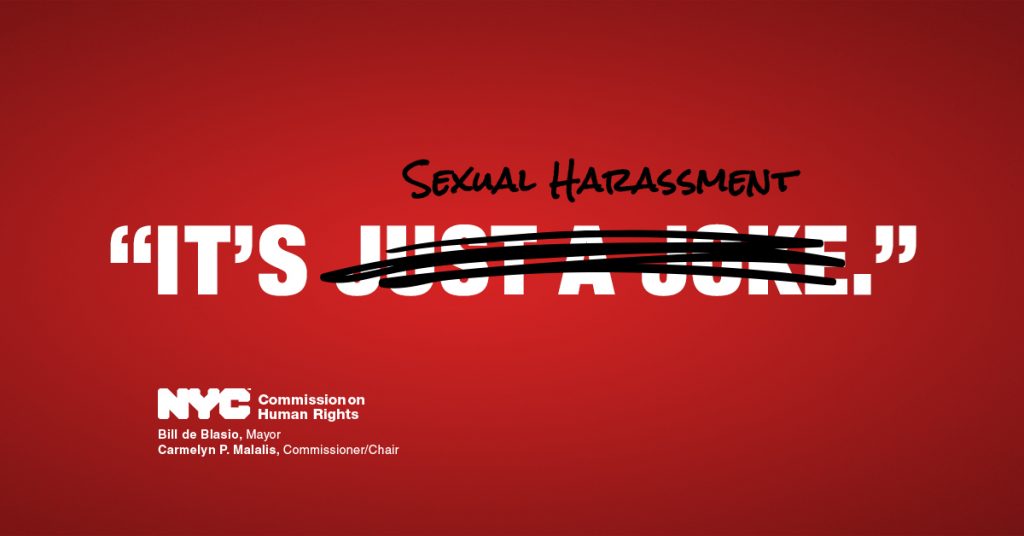 Coronavirus: Things You Should Know.

How Can We Stop Sexual Harassment?

Secondly, we need to encourage women who have been harassed or raped in the past to speak up. The problem will not go away until it is confronted. Harassed women cannot remain silent and aching whilst the assailant gets off the hook – just to do it again!

Third, we need to do is make amendments to our judicial and penal systems. This happens through media, public opinion, and “woke” politicians in place.

And then, create a societal upheaval. If you know someone who partakes in sexual harassment activities, you need to create a conscious environment – one that tackles the assailants and make them hide and shun their faces from people, not the other way around. This relates to creating a school system that encourages male teenagers to speak up against sexual assault.

These steps needs global cooperation, and nationwide concocting of new societal principles that will make change. Society will not stop sexual harassment until the individuals themselves are aware of how wrong, immoral, and criminal their acts are. If children are raised in an environment that encourages these acts, it is not surprising to see them grow up to become exact replicas of their older peers. Sexual violence occurs in many families, and children are exposed to sexual harassment both in public and in their households.

Get notified about exclusive offers every week!

Tarek Gara is a 20-year-old writer and blogger, student of English Literature and International Relations, and lover of languages and art.

Go With The Flow

Dawn of a Dove

A Taste of Africa