I live by the seasons of death.
I transact with the un-living, their stiffened death rattles, as they burn on bright-red embers releasing a spiral of thick black smoke.
This on a daily basis in my village of Harishankini, born as I am into the untouchable Dom community. We as Doms are expected to deal with the cremation of dead humans and animals.
Between my husband and me, we burn between eight and nine corpses a day. Half corpses. Stitched bodies. Forms were ridden with disease. The dead with yogic calm. We burn them all, sending them to galaxies far, far away. Some to be reborn in human, animal, or plant form. Others to moksha, their eternal salvation.
My plain speaking mother brought on my life truths very early on. “As a Dom woman, you are bound to do business with death in springtime when new life springs, lovely and lush in the northern plains of Bihar. In summer when the burdens of life for humans and beast are as inescapable as the tyrannical sun. In the rains when the raindrops begin an unforgiving rampage. In autumn the time of harvests. As in winter when the frigid blasts of frost make away with the old.”
My gap-toothed aunt taught me how to swaddle death in my rough, black shawl that I am to wear day after day, night after night, month after month, year after year. “Your chadar will permanently assert the acrid smell of burning human flesh not only to those in our villages but to the entire Saharsa district. It will announce to everyone that the shmashaan (crematorium) lives within you,” she said.
My father similarly gave me lessons on our absence from public view before I grew into girlhood. “We Doms are called to feast in the funerals of the upper caste Hindus. They say we are their door to moksha. But after the feast, we again become untouchables and are sent away to live with corpses and swirling ash flakes.”
As I said I only know of the seasons of annihilation. It was thus in my girlhood and is so in my womanhood and motherhood.
Last monsoon, however, my life breached its borders.
Even as there was tranquility at daytime in the many village ponds, where lily hyacinths peeked shyly over large buffalo herds that cooled in waters, the intensifying rain caused rivers to overflow one evening.
Earthen walls built along the river to demarcate land into riverside and countryside collapsed catching cattle and people unaware. They floated helplessly along with their homes made of sticks, bamboo, and thatch.
The rains continued for seven days. My husband and I remained alive only because our home was miles away from the village and we could climb on to an embankment that offered us a dry patch.
We, however, stared at a different kind of quietus. In our twenty-day old infant girl in my own arms. Having starved for a week, I had no milk for the baby. My querulously mewling baby with dulled eyes, listless and empty legs, and a stomach swollen with hunger were in intense pain from hunger.
Hunger has a way of killing the body as much as the soul. We could only pray for a miracle.
It came in the shape of glittering headlights of a car in the darkness. A man and a woman stepped out. They were journalists trying to understand how rainwater harvesting could help people source clean, drinking water during the deluge.
They brought us bottles of refreshing rainwater and shared their food with us. For the first time in a week, we lined our stomachs with food. And clean water. And for the very first time in our entire lives, people other than those from our community ate with us.
The lady looked at my baby with tears in her eyes. When my eyes met hers, I saw that my pain was hers. She mirrored my suffering and spoke into the silence of the night. “I lost my baby last year because she was born with a hole in her heart.”
At that moment I knew what to do. I had to go beyond myself. I held out my little baby girl to her. “Accept her. We won’t be able to help her survive or give her the life she deserves. As a Dom girl, a caretaker of the cremation grounds, death is all that she will know. Take her with you and let her live … live free of death in all manner of ways.”
I saw my husband nod. She was our god from beyond. Our moksha.
We have not set my eyes on our baby since that day. I know we never will.
But I am certain she will know life, what this life is meant to be, in all its throbbing vitality. Minus the closed in social spaces. Minus the chadar.
The way I want her to know it.

I am a New Delhi-based journalist by training, a social development communications consultant by profession and a creative writer by choice. My work has been published by Celestial Echo Press, Black Hare Press, Me First Magazine, Reedsy Prompt, 50-word stories, Friday Flash Fiction, Terror House Magazine, Unpublished Platform, Literary Yard, Truancy, Spillwords, Fleas on the Dog and Runcible Spoon, among others.
Posts by Chitra Gopalakrishnan | Website

I am a New Delhi-based journalist by training, a social development communications consultant by profession and a creative writer by choice. My work has been published by Celestial Echo Press, Black Hare Press, Me First Magazine, Reedsy Prompt, 50-word stories, Friday Flash Fiction, Terror House Magazine, Unpublished Platform, Literary Yard, Truancy, Spillwords, Fleas on the Dog and Runcible Spoon, among others. 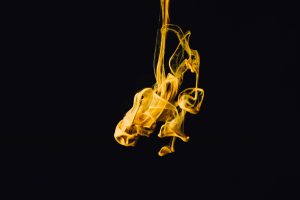